we came across an issue while trying to connect an Android App with MetaMask.

I cannot change the “Default Settings” for “Opening Links” within my MetaMask App, even though there is a tutorial for said app, where they show the process of doing so.

This is how it looks on my phone:

Whereas, this is how it looks on the Video Tutorial: 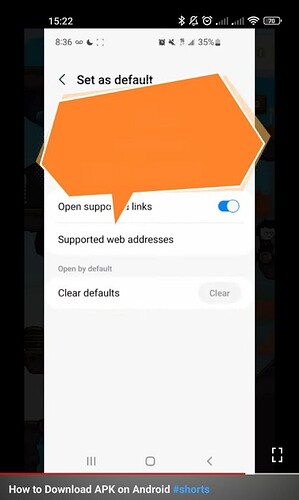 (I can provide the YT-Link if needed, I just didn’t want to shill the project as it is not necessary I think)

I already contacted the support and “Mike” from MM-Support advised me to make a community post right here. My Phone is a Xiaomi Mi 11 5G with MIUI 13, “Mike” tested it on his Xiaomi Redmi 8 and also on an 1+ 5T phone, on all of these phones the settings were greyed out as shown in my first picture, and all 3 phones use the MetaMask App Version 5.9.1.

Our guess is, that the video was captured on MM-App v5.9.0 (I contacted the developer of the Game App I’m trying to connect with, still waiting for his answer though)

Could it be, that with v5.9.1 some major changes were made about the capability on what the user can change and what not within the “Opening Link” settings?

Looking forward to an answer and wish everyone a great weekend!

Additional Information I forgot:
The video from the 2nd picture was uploaded 13 days ago, as Mike from the support mentioned the v5.9.1 rollout was just a few days ago.

Additional Information 2:
The Phone used to record the video from the 2nd picture was a Samsung Galaxy S10e with MM v5.9.1.

You wrote about this error in the discord (or other social network related to the game), has anyone else encountered this problem?

Also, let us know what the game developers wrote to you about this problem.

I didn’t write about the error on any other social media platform, but I did contact the MM Support which advised me to write about it here.

The game developer is clueless as it doesn’t affect him, it’s also not an issue with the game, it’s an issue with MetaMask not functioning properly with some Android Versions it seems.

The MM Support tried it on his phones and it didn’t work for him as well (first post).

I did something in the meantime though.
I downloaded Android Studio and emulated a Google Pixel 4 with Android Version 13 (Tiramisu) on it, I can infact change these MM settings on it as shown on the 2nd picture in my first post (which are greyed out on the first picture on my actual phone, also in the first post)

This is the emulated build I used: (can change the settings here) 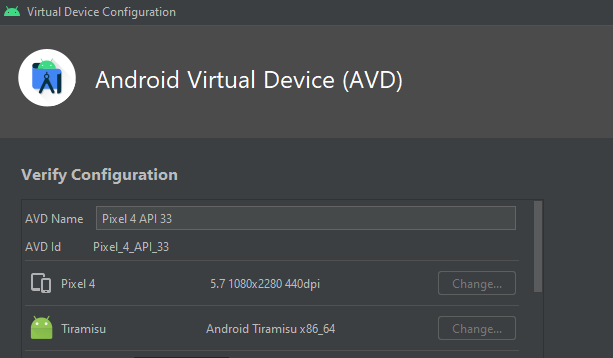 And this is the build of my phone: (can’t change the settings here)

As of right now I’m it could be that it has to do with somekind of incompability of Android 12 itself because it didn’t work on 3 phones of different brands (2x on Xiaomi, 1x OnePlus 5T) but I don’t know which Android version the MM support had on his phones, but all phones had the newest version of MetaMask. So the only difference was the Android Version.

I can also connect my game with my wallet on the emulator, so that works just as intended. No issues from the game.

You wrote about this error in the discord (or other social network related to the game), has anyone else encountered this problem?

Sorry, I misunderstood that. Yes I did ask in the TG Group of the game, as this is the main group but nobody seems to have this issue as no one responded (or at least no one knew what I was talking about).

You can try updating your device to Android 13.
Perhaps this will be the solution to your problem.

Easier said than done though, since I use a Xiaomi, which then again uses it’s own “MIUI” (rom?) or custom launcher, I can’t just update to Android13 without flashing my device I guess, that’d be too much stress for me to be honest at this point just for this CryptoGame I’m trying to connect with.

I’ll use the emulator for now since it works, but maybe this problem affects other people as well and they’ll find this and know that they’re not alone. Also the developers of MetaMask can see this and can look into it to make the app experience even better than it already is.

You can submit a ticket on Github if you would like 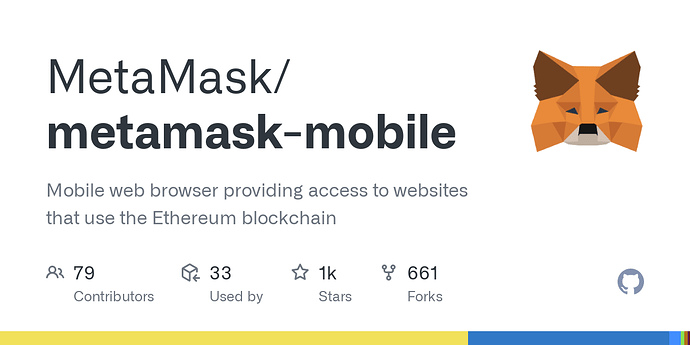